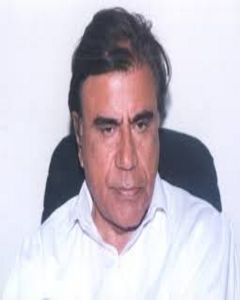 Career : Tariq Aziz is a Pakistani television host known for his work on the general-knowledge quiz show Neelam Ghar,later renamed the Tariq Aziz Show and now known as Bazm-e-Tariq Aziz.Neelam Ghar first aired in 1975.Aziz is an orator par excellence. He mesmerised crowds with his beautiful language and complimented with exemplary memory of poetry. He was active in student politics and had joined Zulfiqar Ali Bhutto’s Pakistan Peoples Party in 1970. However, later he parted his ways and went back to glamour world. In 1996, he was elected member of Pakistan National Assembly from Lahore. He has been part of political activists who were charged of attacking Supreme Court of Pakistan in 1997. During President Pervez Musharraf time, he joined Pakistan Muslim League (Q). However he could not attain any status of note and returned to the entertainment industry. However this time his career in entertainment industry could not reach the high of 60s, 70s and 80s.Aziz is a philanthropist, book-lover and also did well in poetry. His dedication to the country and legendary contributions to entertainment industry is well respected and well known. He has also received numerous awards including the Presidential Pride of Performance Award.