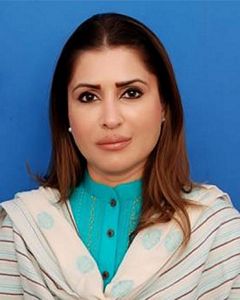 Career : Shazia Marri is a Pakistani politician who was a member of the National Assembly of Pakistan.She remained provincial Minister for Information and Electric Power of Sindh. Belonging to a family of veteran and influential family of Sindhi politicians, she was elected to provincial assembly of Sindh for first time from 2002-2007 and again from 2008-2013, from PSW-133, one of the seats reserved for women, representing Pakistan Peoples Party.Currently MNA at NA-235 (Sanghar-II).