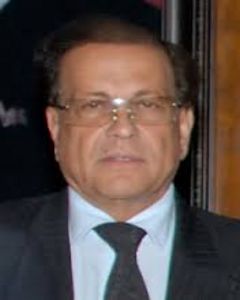 Career : Salmaan Taseer was a Pakistani businessman and politician who served as the 26th governor of the province of Punjab from 2008 until his assassination in early 2011.A member of the Pakistan Peoples Party (PPP), he had served also as a minister in the caretaker cabinet of Prime Minister Muhammad Mian Soomro under Pervez Musharraf. Taseer was also the chairman and CEO of the First Capital and Worldcall Group.He was appointed to the post of governor on 15 May 2008, in place of outgoing governor Lt Gen (R) Khalid Maqbool,[7] by then-President Musharraf at the request of the PPP establishment.On 4 January 2011, Taseer was assassinated in Islamabad by his own security guard Mumtaz Qadri, who disagreed with Taseer’s opposition to Pakistan’s blasphemy law.