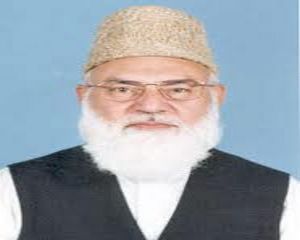 Career : Qazi Hussain Ahmad was an Islamic scholar, clergyman, democracy activist, and former Emir of Jamaat-e-Islami, the rightist and right-wing populist political party in Pakistan.He was a strong critic of the counter-terrorism policy of the United States, and was widely known for his opposition to the United States’ participation in the war in neighbouring Afghanistan.