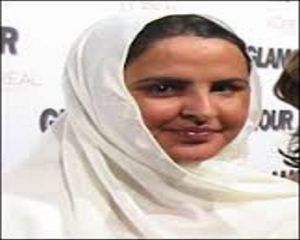 Career : Mukhtaran Bibi is a Pakistani woman from the village of Meerwala, in the rural tehsil (county) of Jatoi of the Muzaffargarh District of Pakistan. In June 2002, Mukht?r M?’? was the survivor of a gang rape as a form of honour revenge, on the orders of a tribal council of the local Mastoi Baloch clan that was richer and more powerful as opposed to her Tatla clan in that region.Though the safety of Mukhtaran, and her family and friends, has been in jeopardy[8] she remains an outspoken advocate for women’s rights. She started the Mukhtar Mai Women’s Welfare Organization to help support and educate Pakistani women and girls. In April 2007, Mukhtar Mai won the North-South Prize from the Council of Europe.In 2005, Glamour Magazine named her “Woman of the Year”.According to the New York Times, “Her autobiography is the No. 3 best seller in France , and movies are being made about her. She has been praised by dignitaries like Laura Bush and the French foreign minister”.However, on 8 April 2007, the New York Times reported that Mukhtar Mai lives in fear for her life from the Pakistan government and local feudal lords.General Pervez Musharraf, the former president of Pakistan, has admitted on his personal blog that he placed restrictions on her movement in 2005, as he was fearful that her work, and the publicity it receives, hurt the international image of Pakistan.