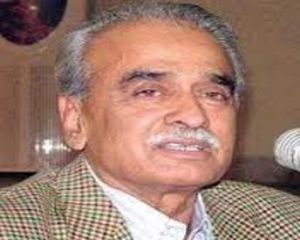 Career : Ghulam Mustafa Khar is a Pakistani politician from Punjab Province.Hina Rabbani Khar, the former Minister of Foreign Affairs, is the daughter of his brother Ghulam Noor Rabbani Khar.In 1967, Khar joined Zulfikar Ali Bhutto as one of the founding members of the Pakistan Peoples Party. He was appointed Governor and Martial Law Administrator of Punjab Province. When the 1973 constitution was adopted and Bhutto became Prime Minister of Pakistan, Khar was given the portfolio of the Chief Minister of Punjab Province, but in 1974 he opposed Bhutto.