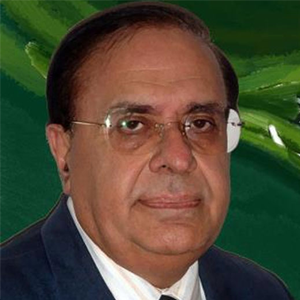 Career : Dr. Atta-ur-Rahman is a leading scientist and scholar in the field of organic chemistry from Pakistan, especially renowned for his research in the various areas relating to natural product chemistry. With over 700 publications in the field of his expertise, he is also credited for reviving the higher education and research practices in PakistanAtta ur Rahman has had a prominent record in Cambridge Overseas School Certificate in 1958, and ”A” Levels in 1960 from the Karachi Grammar School. In 1963, he received B.Sc (Hons.) in Chemistry, followed by M.Sc in Organic Chemistry from Karachi University. He received Commonwealth Scholarship in 1965 to study for Ph.D in Organic Chemistry under supervision of Dr. J. Harley Mason and received Ph.D at Kings College, Cambridge in 1968. He was subsequently awarded a Doctorate of Science by University of Cambridge in 1987 and Doctorate of Education by Coventry University,UK, in 2007.National awards.