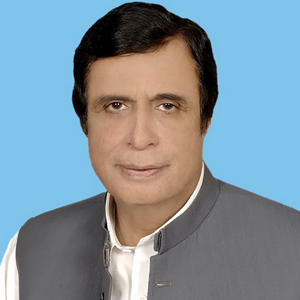 Career : Chaudhry Pervez Elahi is a Pakistani politician, and textile industrialist. He is noted of being the first and to-date only Deputy Prime Minister of Pakistan, politically appointed in this posture by President Asif Zardari in 2013.After a successful campaign in the 2002 general elections, he subsequently became the Chief Minister of Punjab Province and tenured until 2007. Contesting well in the general elections in 2008, he served as the leader of the opposition in the Parliament for short time being when his party made an alliance with the PPP. He secured his victory in general elections in 2013, and as of current he is provincial president of PML(Q).Currently MNA at NA-105 (Gujrat-II).