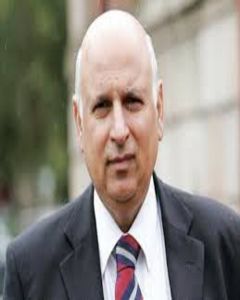 Career : Chaudhry Mohammad Sarwar is a prominent Pakistani politician, who was the Governor of Punjab till (29th-Jan-15), representing the conservative Pakistan Muslim League (N). A successful businessman and a millionaire, Sarwar is a former British politician, who served as a Labour parliamentarian from 1997 to 2010, representing Glasgow Central. He was also the first Muslim to sit in the British parliament.He renounced his British citizenship in August 2013 following confirmation of his governorship.Currently he has resigned from his Governorship.Recently he has joined Pakistan Tehreek e Insaaf.