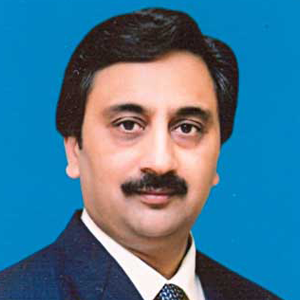 Career : Mr. Ahmer Bilal Soofi is Pakistan’s former Law Minister. He is an LLM from the University of Cambridge UK. He is the Senior Partner of a well-reputed law firm ABS & Co having its office in Lahore and Islamabad. Mr. Soofi acted as an expert from Pakistan to provide country report that became part of the ICRC Customary Study on international humanitarian law. He has done extensive work for improving legislation in Pakistan relating to human rights and international humanitarian law. In this regard, Mr. Soofi and his team carried out a one volume comprehensive comparison of Pakistan’s entire legislation with the Geneva Conventions, Additional Protocols and the Rome Statute. He also supervised preparation of a ratification memo for the International Convention on Civil and Political Rights (ICCPR) containing comparison of Pakistan’s domestic legislation with the provisions of the ICCPR that formed the basis to ratify the ICCPR by the Government. Likewise, the Government when ratifying Convention against Torture (CAT) considered his work on CAT and its legislative comparison. More recently, he has advised the Government on the Child Rights Convention. He has also advised the Government on the legal aspects of the country report from Pakistan on UNSC Resolution 1540.