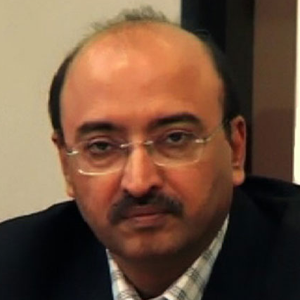 Career : Ahmed Chinoy Mr. Ahmed Chinoy is in the textile business of yarn and fabrics working as an executive partner at M/s. ARCH Sons. He is also the President of the All Pakistan Memon Federation, an apex body of 80 Memon associations representing 2.5 million Memons living in Pakistan.Mr. Ahmed is a commerce graduate and received his degree of Cost and Management Accountancy (C&MA) from ICMAP. Mr. Ahmed Chinoy has had a dynamic and versatile career so far having 25 years of experience in diverse fields which includes being Chief of Citizens Police Liaison Committee (CPLC) at Sindh Governor House. He has been serving CPLC since the last 20 years in different capacities. Furthermore, he has also served as Justice of Peace and First Class Magistrate (HON) for the province of Sindh. He is also the Chairman of the Kutiyana Memon Association Education Board running 04 schools and a girls’ degree college with a strength of 8,000 students. Other achievements include being the Chairman of the Management Board at the Sir Adamjee Institute, Intermediate and Degree College running under Pakistan Memon Education and Welfare Society. He is also the Trustee and has served as president at Commecs Institute of Business Education a degree awarding university with quality education as its main purpose. He is trustee for Kutiyana Memon Hospital since its inception and of another organization by the name of Rufaidah Foundation.He is also the member of the Aga Khan University Hospital Patient Welfare Society and of the Business Development Group (An elite group of Pakistani business men) responsible for the betterment of PAK-US relations.Aside from these achievements Mr. Ahmed Chinoy has been the proud recipient of the Presidential Award of Sitara-e-Imtiaz (S.I) awarded on 23rd March, 2007. People with such diversified capabilities are unique to the APMF EB and we are extremely honoured and grateful for all the support and guidance that Mr. Ahmed Chinoy has been kind enough to part with for the best interests of APMF EB.