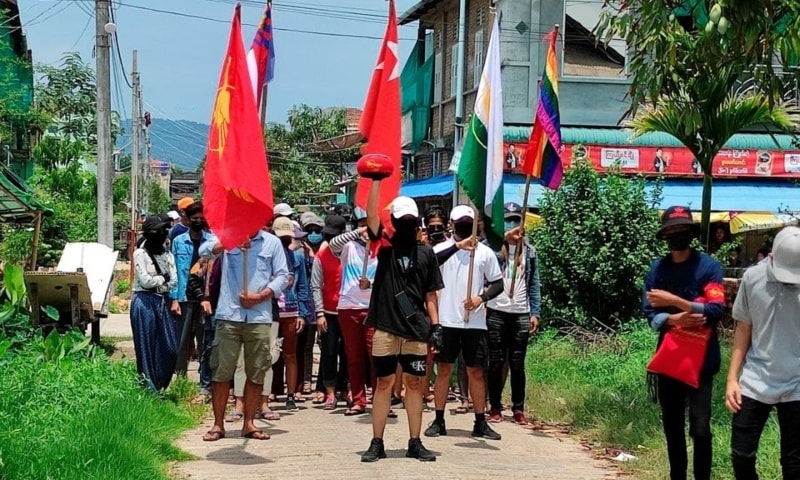 Myanmar security forces opened fire on some of the biggest protests against military rule in days on Sunday killing seven people, media reported, three months after a coup plunged the country into crisis.

The protests, after a spell of dwindling crowds and what appeared to be more restraint by the security forces, were coordinated with demonstrations in Myanmar communities around the world to mark what organisers called "the global Myanmar spring revolution".

"Shake the world with the voice of Myanmar people's unity," the organisers said in a statement.

Streams of demonstrators, some led by Buddhist monks, made their way through cities and towns across the country, including the commercial hub of Yangon and the second city of Mandalay, where two people were shot and killed, the Mizzima news agency reported.