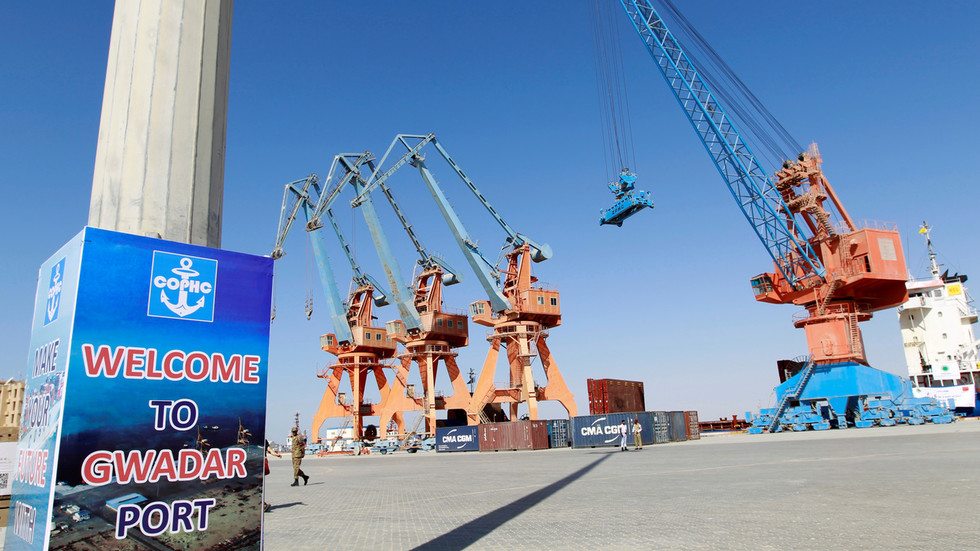 Transit trade to Afghanistan through Pakistan’s strategic Gwadar seaport began on Sunday. The port is part of the ambitious $61 billion China Pakistan Economic Corridor (CPEC) project.
The first consignment of bulk cargo arrived from the United Arab Emirates, with several more “lined up for coming days,” according to Pakistan’s Special Envoy for Afghanistan Mohammad Sadiq. “We have crossed another milestone towards establishing our credentials as a transit city,” he said on Twitter.

The ship carrying trade goods to Afghanistan anchored at the port, with goods transported to the country after customs clearance. Afghanistan relies on Pakistani overland routes as well as Karachi and Port Qasim ports. The transshipment of goods through Gwadar port offers a much shorter overland link, particularly to Afghanistan’s southern regions.

The strategically important port is expected to turn Pakistan into a major trade route connecting China directly with the Arabian Sea. It is hoped that the economic corridor will provide China with cheaper access to Africa and the Middle East, while Pakistan will earn billions of dollars for providing transit facilities for the world’s second-largest economy.
You must log in or register to reply here.
Share:
Facebook Twitter Reddit Pinterest Tumblr WhatsApp Email Link