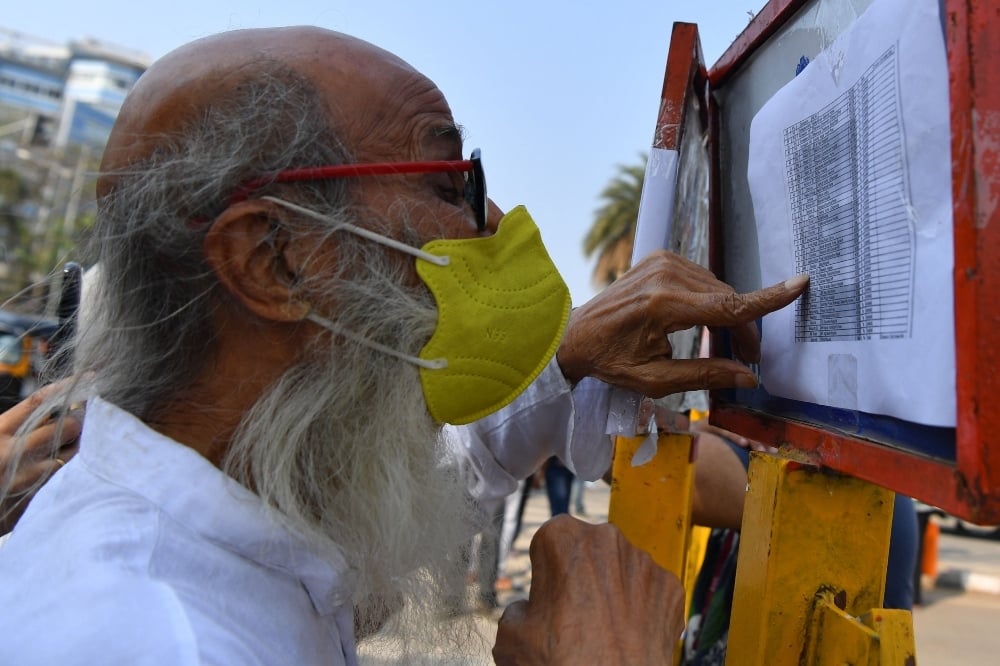 India reported a record 412,262 new Covid-19 cases on Thursday and a record 3,980 daily death toll, as a second wave of infections swamps the health system and spreads from cities into the vast countryside.

Covid-19 infections in the world's second most populous nation have surged past 21 million, with a death toll of 230,168, health ministry data show.

Government modelling had forecast a peak in second wave infections by Wednesday.
“This temporarily halts speculations of a peak,” Rijo M John, a professor at the Indian Institute of Management in the southern state of Kerala, said on Twitter.

With hospitals scrabbling for beds and oxygen in response to the surge in infections, the World Health Organisation (WHO) said in a weekly report that India accounted for nearly half the coronavirus cases reported worldwide last week and a quarter of the deaths.

India's COVID-19 crisis has been most acute in the capital, New Delhi, among other cities, but in rural areas — home to nearly 70 per cent of India's 1.3 billion people — limited public healthcare is posing more challenges.

In some villages where the charity works in the northern state of Uttar Pradesh — home to about 200 million people — “there are deaths in almost every second house”, he said.

“People are scared and huddled in their homes with fever and cough. The symptoms are all of Covid-19, but with no information available many think it is seasonal flu.”

India's Goa state, a hugely popular tourist destination on the western coast, has the highest rate of Covid-19 infections in the country, with up to one in every two people testing positive in recent weeks, government officials said.

Prime Minister Narendra Modi has been widely criticised for not acting sooner to suppress the second wave, after religious festivals and political rallies drew tens of thousands of people in recent weeks and became “super spreader” events.